Volunteer work for young people allows them to do things that service social interests, as well as to test their skills in various professions and gain experience and contacts that can be of good use in their careers or their choice of what to study.

We organised a vast information campaign in partnership with the Sports and Youth Department of the Ministry of Education and Science over a period of six months so as to popularise volunteer work among young people and to inform them about benefits, opportunities and experience related to same.

We began the campaign with a photo campaign, “Volunteering.”  We asked young people to send in photos showing them with an upraised hand – the international volunteer symbol.  It represents the readiness to volunteer for the public good.  More than 60 young people responded, and a vote on the Draugiem.lv portal allowed their friends and acquaintances to select the winners of the campaign.  The winners received prizes during a street press conference that was devoted to International Youth Day.

On the basis of the idea that it is better to experience something once than to hear about it ten times, we invited young people to take part in the “Volunteer 2012” competition by doing practical volunteer work so as to learn about the benefits, opportunities, satisfaction and experience that volunteer work provides.  47 teams from all over Latvia applied, and that allowed 367 young people to do volunteer work; for many, it was their first experience with such work.

Several celebrities joined the Volunteer Brigade to set an example.  They worked with schoolchildren in ten Latvian cities to do volunteer work in partnership with NGOs and local governments.  For 130 kids, this was their first experience with volunteer work.  This allowed them to check out various professions and think about whether they would like to link their future to it.  Most of the schoolchildren agreed that this would not be their last experience with volunteer work.  The Volunteer Brigade encouraged and motivated them to continue to work as volunteers and to look for such opportunities in their own cities or districts.

The campaign was concluded with a celebration on International Volunteer Day, December 5.  A volunteer project, “Stories from 14 Firs” was launched, and the winners of the “Volunteer 2012” competition received prizes.  We worked with the mass media throughout the campaign, correlating and preparing various informational and methodological materials about volunteer work.  We also prepared souvenirs.

People could track the campaign on Draugiem.lv and learn about volunteer work, success stories, innovations, recommendations, and opportunities to become involved in volunteer work.  There was active communication with young people during the campaign via Twitter and Facebook.  These and other campaign activities, along with several months of communications, allowed us to nearly triple the number of our followers on Twitter and increase the number of our followers on Draugiem.lv by nearly 10 times over.  The Sports and Youth Department of the Ministry of Education and Science obtained an important tool to address young people in a direct way in future. 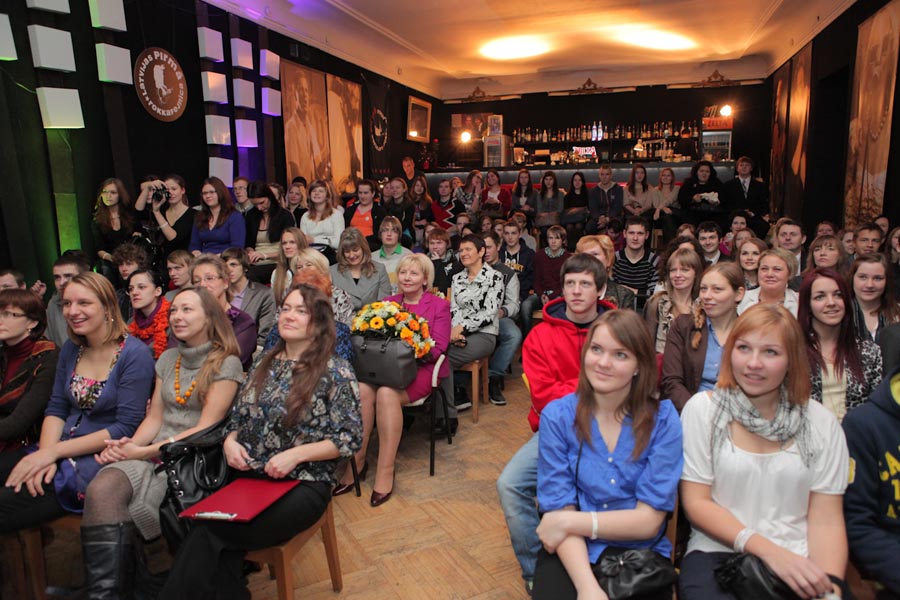 The public participation project “Latvia 2030: Your Choice”
Scroll to top