The 5G Techritory Forum – the event that we helped to organise brought together over 1000 participants over 4 days for a variety of workshops, roundtables, hackathons, and sessions, resulting in the most comprehensive collection of internationally agreed-upon principles for the further development and deployment of 5G technologies. These action plans were focused on the Baltic Sea Region, the 9 countries around the Baltic Sea that together combine over 150 million inhabitants. END_OF_DOCUMENT_TOKEN_TO_BE_REPLACED

In the beginning of 2017 by the request of Society Integration Fund of Latvia a comprehensive study was implemented by our company in co-operation with the companies Safege Baltija, Ltd and Prospero, Ltd that resulted into elaborated “Strategy facilitating understanding and awareness about antidiscrimination and diversity”.

Prior to writing a strategy, a comprehensive research was carried out to explore public attitude towards diversity, reasons behind it and options how to change these attitudes. More than 100 previously concluded researches, studies on tolerance, discrimination and equality in Latvia and elsewhere were analysed. More than 1000 respondents were asked detailed questions in a direct public opinion pool, 34 direct interviews with the representatives of the target groups, employers and experts were conducted to discuss current issues, problems and find out preferred information channels and communication methods. Best praxis of award winning public campaigns were analysed. The results of the research can be find in the comprehensive 277 pages report (available only in Latvian). END_OF_DOCUMENT_TOKEN_TO_BE_REPLACED

In the second half of 2015 our company was contracted to evaluate the results achieved by 494 EU financed projects administered by State Regional Development Agency of Latvia. In order to evaluate to what extent investments of almost 500 million EU funds correspond to the needs of municipality itself and its citizens, five regional expert forums and electronic survey were organised for municipality administration and experts who were involved during the implementation of EU funded projects to receive their opinion.

General opinion expressed was that EU funds’ investments have high positive impact to municipalities’ development and needs of their citizens, pointing out that without EU funding municipalities would be able only to maintain their infrastructure and cover every day needs. EU funding allowed to implement significant infrastructure projects in the municipalities: many streets, public buildings, kindergartens, libraries were constructed or newly built and public internet access points were established. END_OF_DOCUMENT_TOKEN_TO_BE_REPLACED

Comperio, Ltd, experts Gunta Misāne and Inese Bērs, took part in the EU Eastern Partnership Civil society and Business forums in Riga, May 20-21, 2015. While meeting partners from Eastern Partnership countries, listening to different opinions expressed by the participants of both events, several conclusions and views could be drawn:

– Eastern Partnership is a priority only for Eastern European countries, as witnessed by the lack of representatives from Western European civil society organisations and business during the events.

– A feeling of tiredness of Eastern Partnership countries from the consultants from EU countries telling them how to deal with their problems was clearly noticeable. We remember this feeling from the pre-EU accession period in Latvia as well. We tolerated these consultants if a hope of real finances for real projects, real processes was expected to come with them. We believe – there are many knowledgeable experts in Eastern Partnership countries, who know better, what has to be done in their own countries.

– A view expressed by a NGO representative from an Eastern Partnership country stuck in the mind: better or at least any feedback from the consultants would be highly appreciated instead of regular inquiries, interviews, information requests from their side and lack of any feedback on the results and conclusions drawn by the consultants after the meetings.

– Representatives of EU donors’ pointed out as one of the problems the incoherence of the donor programmes. The same problem was present during pre-accession period of Latvia, but it was not an obstacle to use all available funds. Maybe total centralisation of funds is not that necessary?

– Listening to the views expressed during Business forum, one conclusion could be drawn – after all everything comes back to the fact, that we are interested to do business together instead of making politics.

– Unifying element of both events was the view, that when thinking about the future – we need to address youth, and, for the business and civil society a visa free regime between EU and Eastern Partnership countries is crucial.

We were very pleased learning the fact that our Moldovan partners, we implemented a really small project together already five years ago, are still benefitting from partnerships created during their study visit to Latvia. Since that time they have established co-operation with more tangible results for the regional development of Moldova.

Our company were proud and honoured when during major event for European non-governmental organizations „NGO Forum – Riga 2015” that was organised in the frame of EU Presidency of Latvia (March 2-3, 2015), Professor Roberts Kilis in his speech presented as an excellent example of public involvement in the decision making process during elaboration of the Sustainable Development Strategy of Latvia „Latvia 2030”.

This was a project that we were part of with all our heart and excitement, with true believe, that every opinion of every person should be taken into account. More information about the project can be found here.

Comperio Board Member Inese Bērs acting also as Board Member of women entrepreneurs association „Līdere” was invited to participate in roundtable discussion „She Decides You Succeed” on women in decision-making on innovative companies as valuable guest speaker that was organized by European Women Inventors & Innovators Network on February 3, 2015 in The Royal Overseas League House in London. More than 40 women from The United Kingdom, Spain, The Netherlands, Italy, Romania and Latvia representing different type of women entrepreneurs’ organizations participated in the roundtable discussion.

The aim of the discussion was to get an overview on the situation of women in decision-making in each country and share best practice examples in order to develop a guide for each beneficiary country about the existing obstacles women face when trying to access decision-making positions and the benefits for private companies of having more women in their economic decision-making positions. Inese Bērs gave an overview of the situation in Latvia relating to women in decision making positions and shared her recommendations for getting more women on the boards in innovative companies. Her speech and active participation was positively evaluated by the other participants.

For the last five years Business Resource Centre of the Latvian Employers Confederation was offering free of cost training programmes to employers using the support of the European Social Fund and government budget. Since the beginning of the training programme in the spring of 2010 more than 1800 employers – entrepreneurs and municipality representatives – have used the opportunity to improve their professional skills. These training programmes were managed by the company Comperio.

The training programmes have been developed and were delivered in co-operation with highly qualified experts and lectors. Three programmes were available programmes (each two day long):

„Franchise Hub Expo 2014“ events have attracted many prospective franchisees and franchisors in Riga, Vilnius and Minsk. In Riga alone more than 100 participants took part in the franchising conference and met more than 25 franchises from 11 countries who have expressed interest to meet prospective franchisees and investors to offer them appealing business concepts in service, retail and restaurant sectors.

Here you can find some highlights of this international exhibition and conference at www.facebook.com/allaboutfranchising.

All presentations of the speakers are available for download from here.

Be sure to subscribe to Franchise Hub newsletter and periodically check Upcoming events on our website for hottest franchising happenings in Baltic, Belarus and Worldwide. 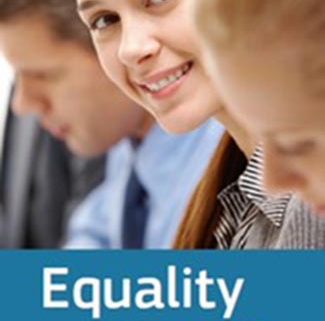