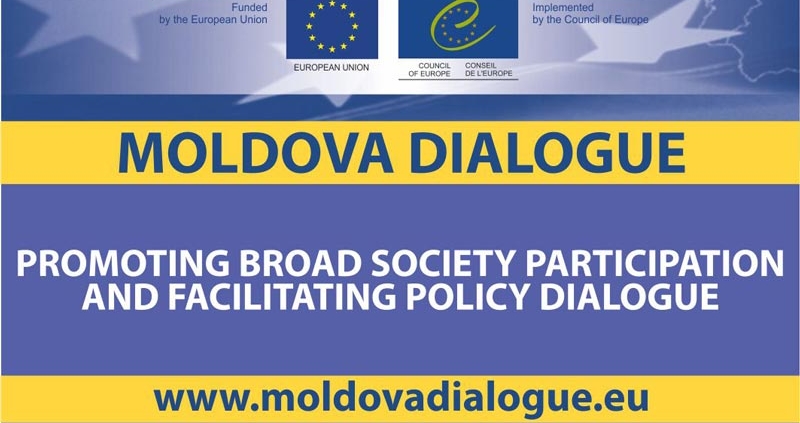 During March-April, 2011 the team of the Moldova Dialogue Project (full name – Promoting Broad Society Participation and Facilitating Policy Dialogue) organized a meeting with more than 60 Moldovan NGOs and analysed civic participation in the decision making processes in the ministries, the State Chancellery and the Parliament of the Republic of Moldova. Comperio expert Gunta Misane was performing survey of NGOs covering economic sector – employer’s organisations, professional associations and trade union as well is taking part in planning communication about project.

The outcome of the study was the reform road map with a set of recommendations to improve the public participation process in Moldova. Recommendations were widely discussed with all counterparts. Based on the recommendations, a capacity building plan, targeted study tours with training seminars for involved parties and well as improvement of procedures were implemented during the second half of 2011.

The project is a result of post-electoral events of April 2009 in Moldova that brought about the need for a wide policy dialogue, strong civil society and communication and cooperation practices in all levels of decision making. Intense consultations were held during the summer of 2009 between the Council of Europe and the European Union to define the broad lines of technical assistance designed to address the major shortcomings and the riot caused that led to a serious breakdown of Human Rights protection mechanisms in the country. This resulted in a joint programme between the Council of Europe and the European Union “Democracy Support Programme in the Republic of Moldova”.

Comperio experts participate in the development of the handbook for volunteer...
Scroll to top